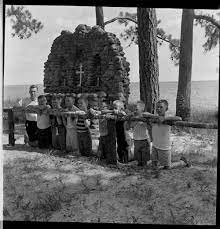 In 1930 under Bishop Darst, a property was acquired on the Pamlico River in Washington to build Camp Leach as the Diocese of East Carolina's first camp and conference center. Camp Leach was home to the first Summer Camp for youth. Initially, this camp was only for white children. In 1955 at Ocean City Beach on Topsail Island, leadership from Historically Black Congregations in the diocese opened Camp Oceanside for two weeks in rented facilities. This camp for black children grew between 1955 and 1959 outgrowing its original rented facilities. In 1960 a permanent space for Camp Oceanside was dedicated, built on land donated to the diocese by Ocean City land developers.

In 1949 a sixty-two acre piece of land that now comprises Trinity Camp and Conference Center was given to the diocese by Alice Green Hoffman. In 1985 both Camp Leach and Camp Oceanside were closed to make way for an integrated camp built at Trinity Center.

Alice Hoffman gifted the sixty-two acres of property to the Episcopal Diocese of East Carolina with the following deed stipulation: the property was to be used for a camp site and conference center for young people and adults and for other religious purposes. Further stipulations included the Diocese had five years from the conveyance date to "put the property in condition for some of the uses herein before set out". This was a tall order for a poor diocese in rural, Eastern Carolina. The Layman's Association of the Diocese asked to build a small place on the beach side of the site, and the diocese added a motel-type building for a sleeping area. This structure satisfied the terms of the deed and was all the Diocese could afford at the time. It was not until 1986 that Trinity Center became a reality, with further additions being completed in 1997.

Two decisions made at the outset of construction of Trinity Center have helped to account for the success of the Center: 1) great care was taken to save large oak trees and preserve the maritime forest, and 2) the camp and conference center was designed to be large enough to attract non-profit groups in order to financially support the programs offered there by the Diocese of East Carolina.

We invite you to visit as the history continues... 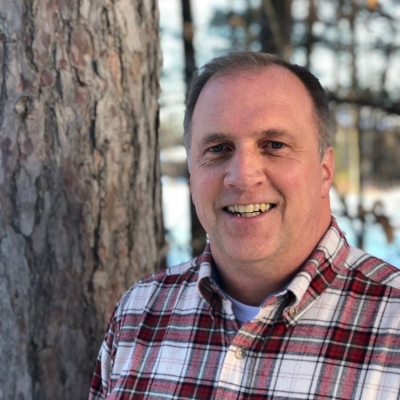 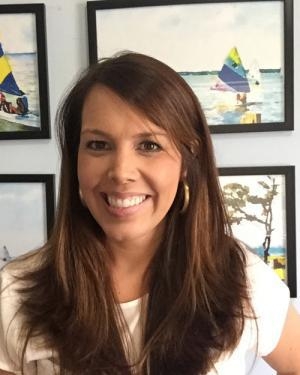 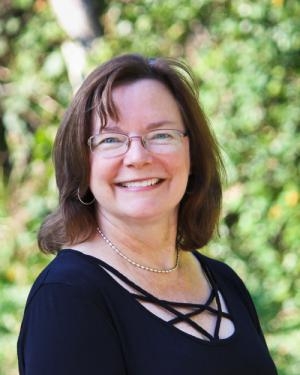 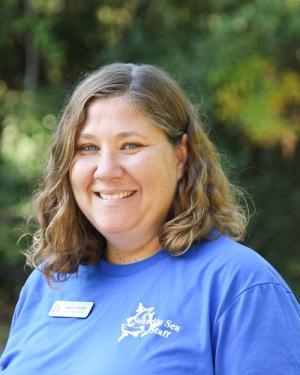 After graduating with a BS in Elementary Education from the University of WI Milwaukee, Mindy joined the Peace Corps. For two years she lived on an island roughly the size of Bogue Banks, except that she was in the middle of the Pacific Ocean, rather than a few miles from the coast. As a Peace Corps Volunteer to the island nation of Kiribati, Mindy spent her time teaching at the Junior High School. One afternoon while swinging in her hammock in her stick house Mindy came across an announcement for the Sound to Sea Environmental Education Program; she somehow knew this would be her next adventure. She didn't know at the time that it would also become her home. Mindy has worked at Trinity Center since 2002, first as an instructor and then as the Sound to Sea Program Coordinator. As an instructor, Mindy enjoyed the unique atmosphere of teaching hands-on in an outdoor setting. As program coordinator, she found herself drawn to curriculum design and program development. She now enjoys doing both in her position as Trinity Center Program Director. In her free time you can find Mindy driving children to their sport practices and cheering them on from the sidelines. After adopting three wonderful kids several years ago, Mindy continues to welcome foster children into her life. 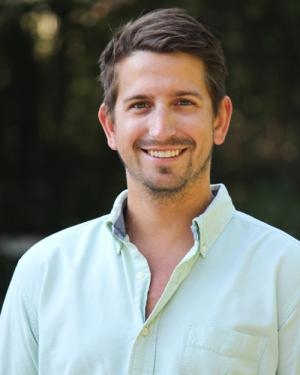 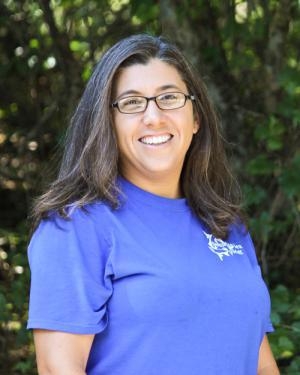 Meghan grew up in Rocky Hill, Connecticut. She chose to travel south for college to the University of Maryland. After graduating with a degree in zoology, Meghan went on a study abroad near Mt. Kilimanjaro in Kenya, studying wildlife management and ecology. She discovered her love of learning in nature amongst the elephants, wildebeest, and hyenas. She came to Sound to Sea in 2005 and taught as an instructor for 2 years. Meghan then moved to Washington State to be closer to family. There she worked as a naturalist at a wildlife park, teaching people about native northwestern animals like moose, wolves, and banana slugs. The sun, sand, and waves lured Meghan back to North Carolina and Sound to Sea in 2011, where she is now Program Coordinator. Meghan loves sharing her love of the natural world, especially mollusks, with anyone who would like to know. In her free time, you can find her collecting shells, playing outside, or sleeping. 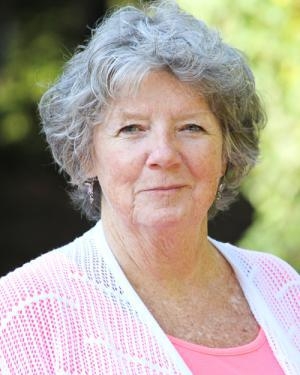 Registrar for Camp Trinity, Sound to Sea, & Pelican House
252-247-5600 x17 |
About Us Who Uses Us History Board of Managers Staff Getting Here Property Map

Trinity Center welcomes guests of all ages and backgrounds to experience God's creation through work, study, and play on the North Carolina coast.

Help support our mission by donating now using the link below. All donations go directly to supporting the mission and work of Trinity Center to provide a space of welcome for all to experience God's creation through work, study, and play on the North Carolina coast.

The theme for our annual giving campaign is “Come and See” taken from John 1:39. Come and see what Trinity is all about – spend time with the divine, experience radical hospitality, maybe even find your calling! Please join us in our mission to extend these experiences to all of our visitors. Make a gift to the Trinity Center Annual Appeal, and then plan a time to Come and See for yourself! To give to the Annual Appeal fund, simply select ‘Annual Fund’ from the drop-down menu once you click the link below for our PayPal.

Help support a camper by donating to our Camp Scholarship fund. All donations go directly to providing financial assistance scholarships to campers who would not otherwise be able to attend. Thank you for supporting campers!

Camp Trinity welcomes you to our online store! All store profits go directly into the Camp Trinity Scholarship Fund. We thank you for supporting Camp Trinity and its campers!